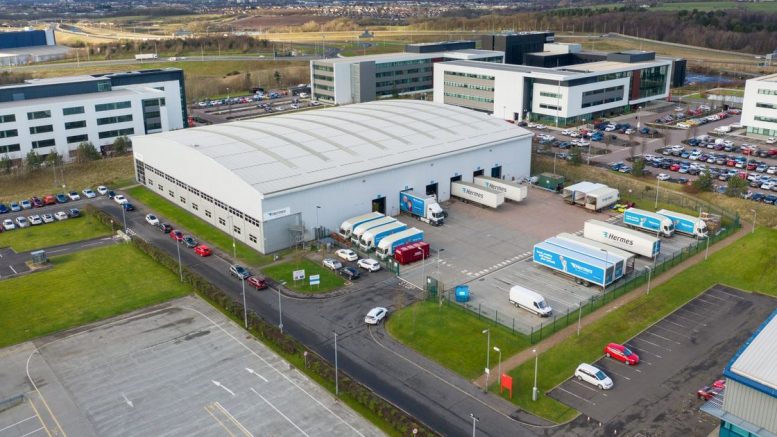 Delivery firm Hermes have admitted breaching health and safety laws after an employee was crushed to death at a parcel sorting centre.

David Kennedy, 43, was working at the firm’s depot at Eurocentral near Motherwell, Lanarkshire, when the horror incident took place.

He was being trained by a colleague on how to operate a trailer mover.

But Kennedy, who had worked for the firm for 20 years, was pinned against a stationary HGV after one trailer slipped off the machine.

An ‘anti-track’ device failed to work which would have stopped the trailer unit immediately.

Emergency services raced to the scene in March 2019 and he was rushed to the Queen Elizabeth University Hospital in Glasgow where he later died from his injuries.

An investigation led to criminal proceedings being brought against the firm after it emerged safety procedures had not been followed.

A court was told the company had carried out a ‘root and branch’ review of safety procedures following the fatal accident and had stopped using trailer movers.

Bosses also implemented weekly inspections of their depots rather than once every four months and employed more health and safety staff.

They pled guilty to failing to ensure the safety of employees and failing to provide a system of work which was ‘reasonably’ practical, safe and without risks.

The firm also accepted failure to ensure that those training other employees to use the trailer mover gave ‘adequate’ information, instruction and supervision as well as not ensuring pedestrians and vehicles could move in a safe manner.

Other staff at the depot told investigators they did not feel ‘comfortable’ using the trailer mover.

Depute fiscal Imran Bashir said: “As Mr Kennedy completed the first part of the training, it is not known if he was aware of his proximity to the trailer behind him.

“It is understood he pressed the upper level downwards which caused the trailer to move forward.

“The trailer arm struck the deceased on the chest and pinned him against the stationary trailer behind him.

“The company trainer and a colleague moved the trailer arm from against his chest while Mr Kennedy was heard to complain about severe pain.”

The firm’s lawyer said: “It is a matter of deepest concern and regret that Mr Kennedy lost his life in the course of his employment as a result, in part, of failings for which the accused organisation is responsible.

“I’m instructed to offer deepest sympathies to the family of Mr Kennedy for their tragic loss.

“I would invite the court to take the view that this breach was not deliberate but a genuine understanding that the failings identified had been addressed.”

He added: “These are always tragic and difficult cases to deal with and I appreciate the huge sense of loss felt by the friends and family of Mr Kennedy.

“Our deepest sympathies go to everyone affected.”

The firm, which has since been rebranded as Evri, was approached for comment. David Kennedy, 43, was working at the firm’s depot at Eurocentral near Motherwell, Lanarkshire, when the horror incident took place. Daily Record – Motherwell…