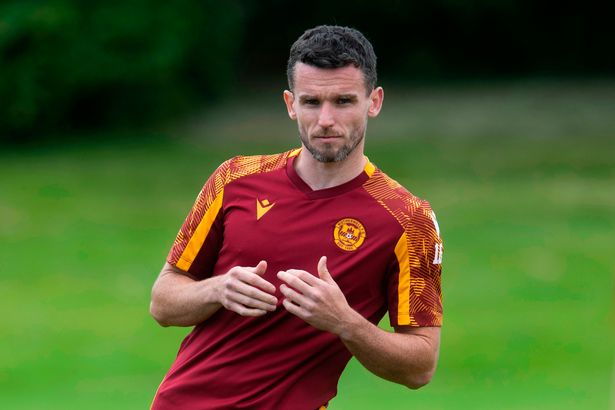 Motherwell boss Graham Alexander has warned his side will be there to be ‘shot at’ in the Premiership next season, and will have to work hard just to stay in the top six.

The Fir Park club are back in pre-season training this week ahead of their trip to a training camp at Obertraun in Austria from July 3 to 10.

That’s in preparation of a two-pronged attack on the Europa Conference League qualifiers and their Premiership campaign.

Motherwell are preparing for the first leg of their second qualifying round tie on July 21, against either Wales’ Bala Town or Irish side Sligo Rovers, and are scheduled to kick off their Premiership campaign at St Mirren on July 30.

Boss Graham Alexander says strengthening is important this summer, but also that his side is ready and prepared for the challenge ahead.

He said: “When we came in during January [2021] we were bottom and finished eighth, so we wanted to try and improve again, which was top-six, and we managed to achieve it.

“I think even just doing the same again, we have to improve. I think every club in the division will improve.

“I think there are only a couple of teams above us who would be content in that position, but everyone below us will want to try and be higher – that’s natural.

“There will be stiff competition as there was last season, but we can’t just go into next season thinking we’ll keep cracking on, and it will happen again.

“We have to mentally re-set, that next season will be a bigger challenge.

“We’ve proved that we can compete at the top end of this division, with our performances over the last 10 months, so we’re there to be shot at.

“We’re going to have to come back and work exceptionally hard to get in that top six again.”