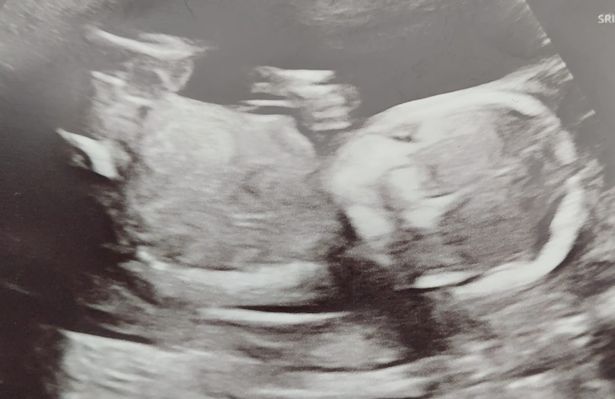 A Scots mum is overjoyed after falling pregnant with a “miracle” baby girl over the age of 40 after both of her sons died.

Grief-stricken Lynsey Drummond sadly lost her boys Evan, five, and Taylor, 21, just thee years apart as the heartbroken mum felt she no purpose in their after their death.

The 43-year-old, from Motherwell, became a full time carer for her sons – who both had cerebral palsy – when Evan nearly died as a baby after catching a cold sore.

As reported in the Mirror, the Herpes Simplex Virus can be fatal for young babies, who don’t have the immune system to fight it.

Although Evan thankfully survived, he was left with brain damage which caused him to develop cerebral palsy, a condition which affects motor skills and development.

Evan’s older brother Taylor was also born with cerebral palsy after he was born premature at 31 weeks.

As a result of the short life expectancy associated with the condition, Evan lost his battle in 2014 while Taylor passed just three years later in 2017.

Former childcare assistant Lynsey said: “Evan was just 12 days old when the midwife came to check on him and said that he didn’t seem right.

“All babies get that little rash but on his nose and nostrils it was bleeding.

“At first they didn’t know what it was, they thought it might be meningitis but the tests weren’t making sense.

“When they told me they thought it was the cold sore virus I said what are you talking about, I’ve never had a cold sore in my life.

“But then they explained how easily it could have been transferred from someone else without us realising.”

Lynsey will never know for definite where or how Evan contracted HSV and as result, she is understandably anxious about letting anyone kiss or touch her new baby.

She said: “I’m a nervous wreck to be honest, I’m higher risk because of my age but they are keeping a close eye on me which is reassuring.

But now the mum is looking forward to meeting her first daughter and rainbow baby in July, after falling pregnant naturally with partner, Derek 45.

She told The Mirror: “She’s my rainbow baby, she feels like a little miracle.

“I was lost after the boys died because they both needed 24-hour care so I felt like I had no purpose in life, I wasn’t a carer or a mother anymore.

“We weren’t trying and I wasn’t even sure if I wanted another baby but when we fell pregnant we were over the moon.”

Discussing her fears, Lynsey said: “I’m so worried about people saying oh wow isn’t she beautiful and giving her a wee kiss but I’d like to think that because of Covid people will be more careful these days.

“Most people that know me know that I’m too scared to let anyone kiss her so they wouldn’t do it anyway, but I think it’s always something that will play on the back of my mind.”

But while the fear of the virus will always be there, Lynsey is learning to enjoy the experience of her new pregnancy, and has even got a special name in mind for the baby, chosen by her eldest son.

She said: “We haven’t told anyone the name, but we do have one in mind and it was technically chosen by Taylor.

“He always said he would adopt a baby one day and this is the name he said he wanted for her, but he never got to do it.

“I know my boys will be looking down on their baby sister and this way a part of them will always be with her.” Four youths charged over alleged offences in Wishaw and Motherwell